Top 7 Reasons Not to Move to Austin

Austin. The name alone now conjures a vivid image in the mind of most Americans, one of fun and sunshine, live music and tree-lined swimming holes, tech innovation and a thriving art scene, comparatively cheap housing and all the breakfast tacos one can eat.

For the past few years, the capital city of Texas has become a trendy destination for the young–and young at heart–to relocate their lives and fortunes, with an estimated 300 people a day moving in.

However, there are plenty of other, less positive things to consider before making the leap to Austin. 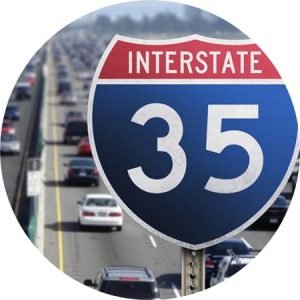 In a town bifurcated by a large body of water, bridges rule the transit world.

However, in Austin’s case, they are too few and far between, and each of them has a fairly narrow carrying capacity. This means that traffic will bottleneck at any time of day when a large number of cars need to change their relative position, such as the morning, the evening, meal times, last call, weekends, and holidays.

Not to mention all of the extra special events that come with living in such an active and centrally located city, such as marathons, conventions, state-level competitions, and the all-important festival season, which lasts from roughly March to October.

Also, in decades past, the Austin city government, for a questionably provincial period of time, adopted a “don’t build it and they won’t come” attitude that has put the town ridiculously far behind in terms of roadway construction and evolution.

Long story short, this traffic is not clearing up anytime soon. Unless you are able to find a residence close to all of your desired amenities and can telecommute, maybe think twice before adding another car into the mix, or before spending unimaginable amounts of time in gridlock (that you can never get back). 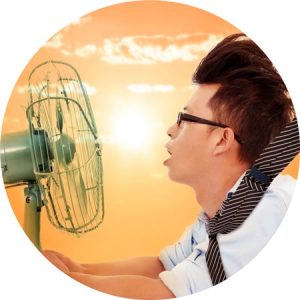 Fun in the sun is fun, right?

Sometimes, but the brutal heat of an overhead Central Texas sun from June to August is more than a lot of people can bear.

Many people spend the summer rapidly scuttling between cars and buildings, trying to minimize their time in the scorching temperatures and embracing the sweet solace of central air conditioning.

Thankfully, Austinites have plenty of water around them, resulting in the occasional outing to pack their bodies in like sardines into any hole in the ground with moisture in it.

This brings us to our next point… 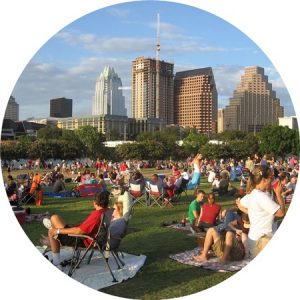 It is also full of people who all want to be at those things too.

Forget spontaneity; you’ll need to meticulously plan outings to the second if you want a chance of getting anywhere near that thing you were interested in (before it runs out/dries up/closes). But hey, if you like large crowds, circling for parking, and standing in line sometimes for hours, then Austin might be perfect for you! 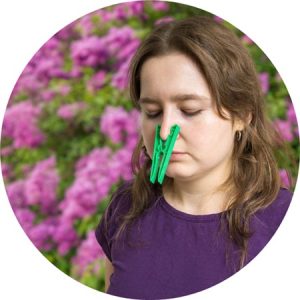 “I don’t have any outdoor allergies,” you might say.

After you move here, you will likely develop a whole array of sensitivities you were never before aware of.

As the seasons progress through their varying arrays of beautiful botanical offerings, the boom and bust cycles of your sinus swellings will give you newfound sympathy for that asthmatic kid you picked on in middle school. The words “cedar fever” will give you a nervous tic, and you’ll find yourself loading up on local honey, sporting a Vogmask, and getting regular shots, all in a futile attempt to steel yourself against whatever fresh hell nature decides to throw at you this week. 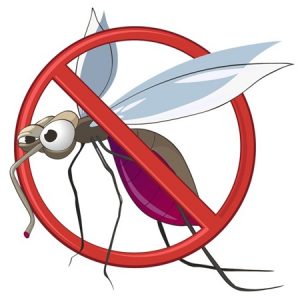 You may have visited Austin in the past and been charmed by how into our huge urban bat colony we are, or how many purple martin condo towers you could see, and take that for a deep and abiding love of wildlife.

Would that it were so, but be not deceived fair reader, our rabid love (oh yes, bats can have rabies, hasn’t anyone mentioned that?) of these creatures is not spurred on by a laudable connection to nature, but is in fact a natural reaction to a plague we live with every single day, that these animals in their small ways help us battle against: the blood-sucking mosquito.

In the warm, humid climate of Austin, with so many watering holes and so few hard freezes, the lowly mosquito thrives and prospers.

This was annoying enough when the bites were just itchy and inflamed. Then West Nile virus started climbing in incident rates both in the United States as a whole and in Austin in particular. And now, we have Zika to worry about. Not to mention technically, Austin is in a malarial zone.

For how to avoid this pestilence, the city of Austin’s website recommends wearing long clothing, covering yourself in poison, and just not going outside at dawn or dusk. At all.

Welcome to Austin, where the sun always shines; now cover up and get inside. 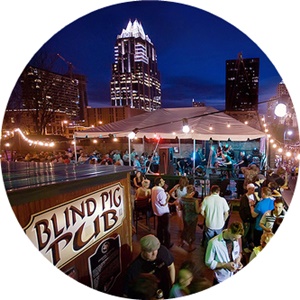 Now it may sound wonderful to live in a place where there is always an array of equally interesting, overlapping events every night of the week, especially if you’re moving from a rural area with limited entertainment possibilities, but trust us, it gets exhausting.

Trying to figure out which party or opening or show or flash mob or happy hour you will actually enjoy (titles often fail to live up to the hype), attempting to regularly stack multiple overlapping events, and having to say no over and over again to things you want to do because of pre-existing commitments becomes so tiresome.

Not to mention feeling guilty (and making excuses) for carving out time to just stay home and watch Netflix with your cat, when you could be at the most exciting thing is incredibly overrated. Just stay wherever you are now, and catch up on all those TV shows you’re behind on or have been meaning to rewatch forever.

Austin: Extrovert heaven, introvert nightmare, ambivert purgatory. We’re all stuck here, but you don’t have to be. Cherish your freedom. 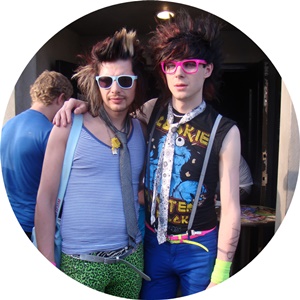 Finally, once you’ve lived in Austin for a certain amount of time, it is no longer acceptable to just be one’s self.

You must start pulling your own weight as a local, and contributing to the overall funky vibe that this town markets itself with so fiercely.

You need to dress like an Instagram model’s version of an avid thrifter (see any Macklemore video), go to a requisite number of “weird” events (like art shows in goth clubs that serve pancakes, or Tom Waits-themed burlesque performances or last minute musical jams held in a storm drain), and pick up an interesting hobby. Better yet pick up three.

Until you’re folding origami cranes out of recycled ‘zines while fire hooping on a trapeze (or some roughly equivalent combination), you aren’t truly an Austinite.

If all of that sounds like your cup of tea (chai, please) and a perfect ball to boot (bocce if you would), then maybe Austin is the place for you after all. If so, there are few places friendlier and more beautiful that you could make your home.

And if you need help creating a website for the owl cafe you’re opening, or writing blogs about your new fashion line made entirely of fair trade macadamia nut shells, we’re here to help.

However, we (everyone who moved here before you, even by one second) still reserve the right to decry your personal contribution to both our commute and our brunch wait.