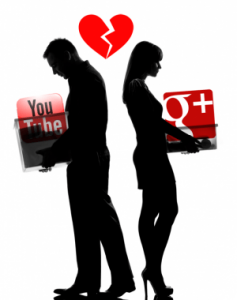 Ever dream of a day you would be free of Google+ when using other Google services? It appears you don’t have much longer to wait.

Google+ has announced it is disentangling their social networking platform from other Google services and they are starting with YouTube.

Much to the dismay of many Google users, there was no way to opt-out of this social networking platform.

Google had developed a large group of devout followers over the years, people who chose to use their services, and they were repaid by being forced into the social networking wars.

Google turned a deaf ear even though it was evident that people were unhappy having their online presence hijacked into a public presence, used as statistics to try and scare their rivals.

Eventually, Google got wise and began slowly detaching some of their products and services from Google+ and even began offering a Google+ profile opt-out at the end of 2014.

Bradley Horowitz, Vice President of Streams, Photos and Sharing, explains in the announcement, “While we got certain things right, we made a few choices that, in hindsight, we’ve needed to rethink.” Although there is no question that people enjoy the simplicity of using one account to manage things, “…it doesn’t make sense for your Google+ profile to be your identity in all the other Google products you use.”

It may have taken some time, but it looks like they are getting it.

Divorcing YouTube from Google+ is not going to happen overnight, but steps are already being taken to create a divide.

According to the YouTube Team blog post, “If you’re happy with everything as it is now, then just keep on keepin’ on.”

NOTE: If, however, you feel that this separation can’t come soon enough; “If you want to remove your Google+ profile, you’ll be able to do this in the coming months, but do not do it now or you’ll delete your YouTube channel (no bueno).”

Does this signal the end for Google+?

According to Horowitz, “We think changes like these will lead to a more focused, more useful, more engaging Google+.”

Allowing their users to opt-in instead of being forced into Google+ is definitely a step in the right direction if they want to keep their devout following.

Regardless, today is a good day for managing your own identity with a little more freedom.