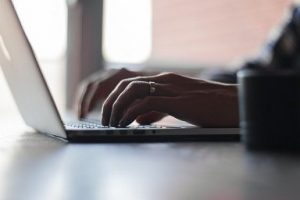 With the amount of security threats happening these days, it’s important to have passwords that are difficult to hack. It’s pretty easy to create them, the hard part is being able to remember them. Well, it’s not as difficult as you might think.

Before creating your passwords, you need to know some of the best practices. Your password should,

An example of a strong password is ReLell7Le&& and it might look hard to remember, but it’s actually pretty easy. Here’s how I came up with this one. I took the title of one of my favorite songs, Relentless, and changed it up a little bit. Since it’s the title of a song, I left the first letter as a capital, and because a lowercase “L” and uppercase “i” can be confused with each other, I changed the lowercase “L” to an uppercase “L”.

Since we need some symbols, I changed the letter “s” for “&” (using “$” for an “s” is just to common). So as of right now we have “Relentle&&” which is okay, but we can do better. Instead of using an “n”, let’s change it to a lowercase “l” with a backslash “” and another lowercase “l”, which gives you “ll” that looks similar to a capital “N”.

Well, we need at least one number, so let’s change the lowercase “t” to a “7”. It looks kind of like an uppercase “T”.

We’re not done yet. You need to have a different password for each of your accounts because if someone is able to crack your password, that’s the first one they’re going to try on your other accounts.

An easy way to associate your new secure and easy to remember password with your other accounts is to include a code at the end or beginning of the password. For Facebook you could have “fbReLell7Le&&” and for LinkedIn you could have “ReLell7Le&&Li” or you could even go so far as to replace the “ll” with the account’s code, like “ReLefb7Le&&” or “ReLeLi7Le&&”.

Now don’t forget that this is just an example of what you could do. Don’t be afraid to be creative when coming up with your own rules, but just don’t forget what rules your creativity created.