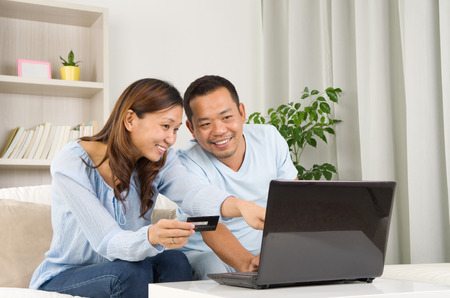 acebook is on a mission to beat every successful company at their own game. The social media giant rolled out Workplace and reintroduced Marketplace to entice its 1.71 billion users to remain active. For the individual user, Marketplace offers an easy way to buy or sell personal items amongst various networks. Workplace caters to businesses wishing to simplify communication within, an easy transition for those already using Facebook in their social media marketing.

Though Marketplace and Workplace are designed with different demographics in mind, they have something in common. Both seek to attract business away from successful companies who already provide similar services. So what extra incentive is Facebook offering that will re-direct traffic to them? How will these services affect the online landscape of business?

Workplace is a platform that uses popular social media widgets to increase effective communication within a business. It boasts a personal news feed, chat options, and easy-to-navigate software that enables users to share documents and images. Its appeal is in its simplicity and intuitive design.

All of this sounds oddly familiar. Perhaps because Slack has been successfully offering similar services since 2013. Slack, valued at an estimated $3.8 billion, has previously been unchallenged in their market. With Facebook’s successful beta testing period and cheaper price tag, however, it remains to be seen if Slack will be able to retain customer loyalty.

The re-launch of Marketplace is still unfolding. Facebook’s first attempt in 2007, and again in 2009, failed in large part due to lack of initiative in the project. The latest attempt lends itself to a simpler layout, which is designed to draw users with its easy-to-use format. For the time being, Facebook is focused on the sale of items only and not services.

This is one of the many differences between Marketplace and Craigslist, the best known website of local person-to-person selling. Another difference is Facebook’s ability to let sellers control who can view their items, whether it’s friends, specific networks, or the entire Facebook community. Since Craigslist’s scope is well beyond items, it doesn’t look like they’ll have anything to worry about just yet, even if Marketplace turns into a raging success. For Facebook, taking on eCommerce appears to be less of a profiting scheme and more of a strategy to continue to capture user interest.

Workplace and Marketplace are not the first mimicries of successful businesses by Facebook. In 2010, Facebook took on Foursquare with the introduction of Facebook Places. In 2014, Facebook launched Slingshot, a version of Snapchat that failed after 3 months. Not one to be deterred, Facebook again implemented Snapchat-like features into Instagram, a company they acquired in 2012. They’ve also continually copied features, such as the hashtag and verification of web pages, which originated with Twitter.

Even though it’s common practice among the Facebook team to pull ideas from well-established companies, not every attempt at conversion is successful. While it seems like Workplace is already performing well since its launch, it’s too soon to tell how Marketplace will fare. You can be sure of one thing, however. Facebook isn’t going anywhere any time soon.