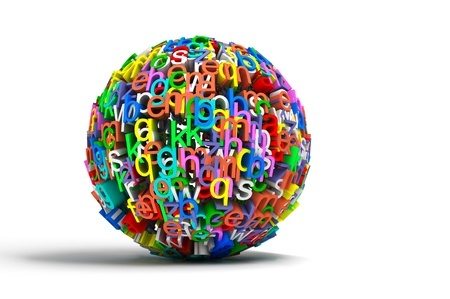 Over the last two decades, Google has created an impressive and extensive empire.

First and foremost dedicated to the project that started it all- designing a search engine capable of tackling and organizing an immeasurable and constantly expanding myriad of information- Google has spread into a variety of creative and interesting projects that have changed and shaped our modern world.

Some projects and Google run companies like Google Maps, Android, and Chrome are immediately profitable and fit well with the original Internet-based intent of the company.

Other projects are straight out of a science fiction novel and are far more ambitious; Google Glass and Google’s self driving cars are leading humanities’ charge into the future.

It’s hard to be a dreamer while keeping your financial feet firmly on the ground and Google has been suffering growing pains.

Investors struggled to make sense of investing in a company that should be profitable but lacked transparency. Innovators wanted to be part of the dream, but found themselves often tied up in bureaucratic style Business with a capital “B.”

Like all great empires stretched too thin, Google was having difficulty addressing issues as they came up, and pacifying problems in the many different aspects of their business model. Something had to give and there was no clear option. So, Google regrouped, reminded themselves of their origins- and then gave themselves away.

The Tech world was shocked August 10th by Larry Page’s announcement that Google had created their own parent company, named Alphabet, of which Google would be a part.

Successful empires don’t normally just birth a parent seemingly out of nowhere. It was a strange, but brilliant move to not only keep them relevant for the time being but to make it clear that we can expect them to be around for a very long time to come.

Like all great empires in history, you can spread and grow only so far- at some point you become stretched so thin that things begin to break.

According to Google’s own original company philosophy, Google’s main business is search, “It’s best to do one thing really, really well…we do search.”

At some point with all the other amazing experiments Google was toying with, that focus was shifted and they realized (before it was too late) that they needed to refocus on their core…and found a way to do so that they wouldn’t have to abandon their more innovative, interesting projects that attract talent.

In one fell swoop, they invented an umbrella company that could appease their shareholders, impress their innovators and restructure so that they could provide the best support possible for their individual operations.

Google, under the Alphabet umbrella, will include the profitable, Internet-based interests such as Google Search, Android, Chrome, and Google Maps- this should help put investors at ease.

Other projects that are not as closely related but that generate public excitement and lure in talent will fall under the umbrella of Alphabet separately.

The hope is this will increase the individual companies’ autonomy as well as their accountability. Where empires have crumbled in the past because it was too hard to maintain control over long distances while constantly having to uphold dominance in a cut-throat world where everyone else is clambering for that top spot- Google is attempting to deflect those perils by sidestepping them entirely.

They are re-imagining their place and purpose, and with that, revolutionizing the way business can be managed.

With the birth of Alphabet, rumors of the eventual demise of Google are a moot point.

Larry Page has made it clear that the game has changed- no longer are we concerned about the rise and fall of the Empire of Google; now they are in it for the long haul.

The great civilizations of the past crumbled with time, but the contribution to language, ever-evolving with the times, carries into the future.

Through the creation of Alphabet, Google is showing us that they remember their founding philosophy and with it, the 10th principle, “Great just isn’t good enough.”

Alphabet intends to exist through eternity.